How dogs might be able to sniff Corona virus infections 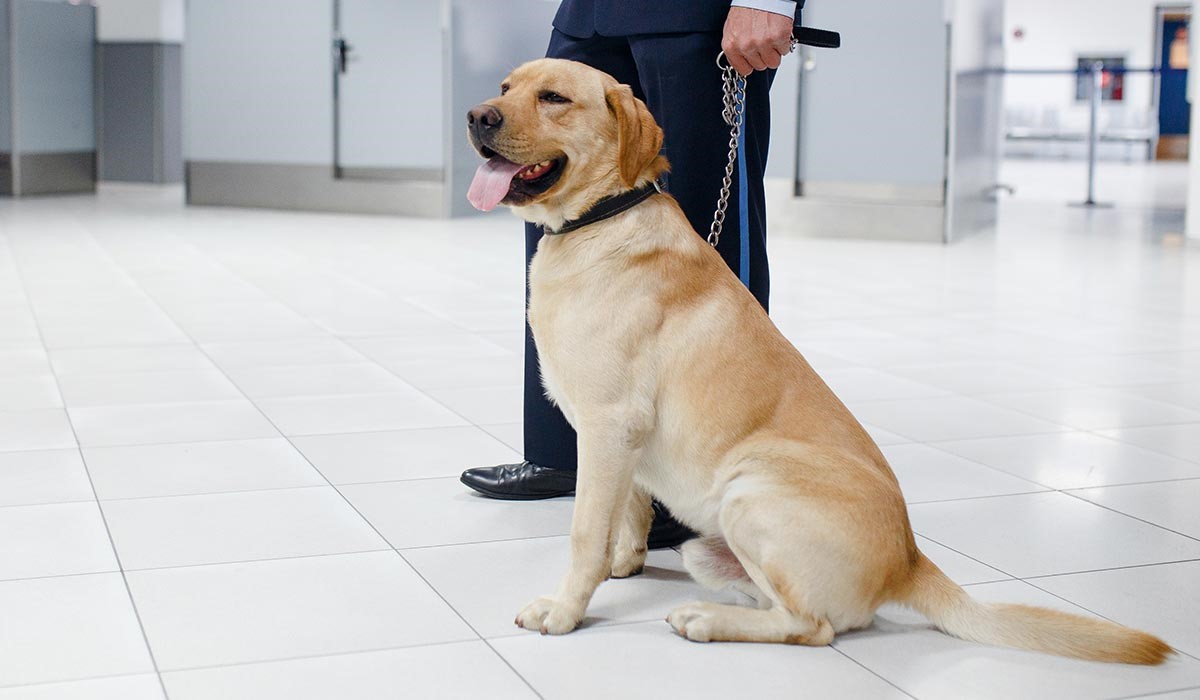 Following the Covid-19 pandemic in early 2020 that has to worldwide millions of infected people and hundreds of thousands deaths with generalized lockdowns leading to devastating economic recession all over the world, several trails have been started to find out if dogs can sniff out the Covid-19 virus that leads to the Corona infections.

As per a statement from April 28, 2020, researchers at the University of Pennsylvania's School of Veterinary Medicine (Penn Vet) are working with dogs to see if the canines' superior sniffers can help with early detection of COVID-19 in humans especially in asymptomatic patients, hospital or business environments where general testing is difficult.

The British Broadcasting Corporation BBC news reported on May 16, 2020, that a new government funded trial is under way to train dogs to detect Corona infection. The London School of Hygiene & Tropical Medicine in cooperation with Durham University and the British charity Medical Detection Dogs. The study hopes to find out if dogs can detect Covid-19 virus in humans from odor samples before symptoms appear as new future early warning measure. The dogs used in this trial are Labradors and cocker spaniels. Medical Detection Dogs proved in decade long research that dogs can be trained to such an extent that they are able to sniff out the odor of certain diseases at the equivalent dilution of one teaspoon of sugar in two Olympic-sized swimming pools of water. At the time of writing, the result of this study is not known yet, but it shows which high hopes researchers put in the superior ability of dogs. The aim of the trial to distribute six dogs to be used for screening in U.K. airports to rapidly test thousands of people.

Since then, other countries such as Germany, Chile and the United Arab Emirates have followed suit. Amazingly, the training time for dogs to sniff the Corona virus in 94% positive samples was just one week according to tests in Germany. The service dog school of the Germany army uses for the Corona sniffing trials mainly Shepherds, Spaniels and Retrievers.